Another Sunday ATV outing. Today we didn’t have a purpose other than to take advantage of the beautiful weather. 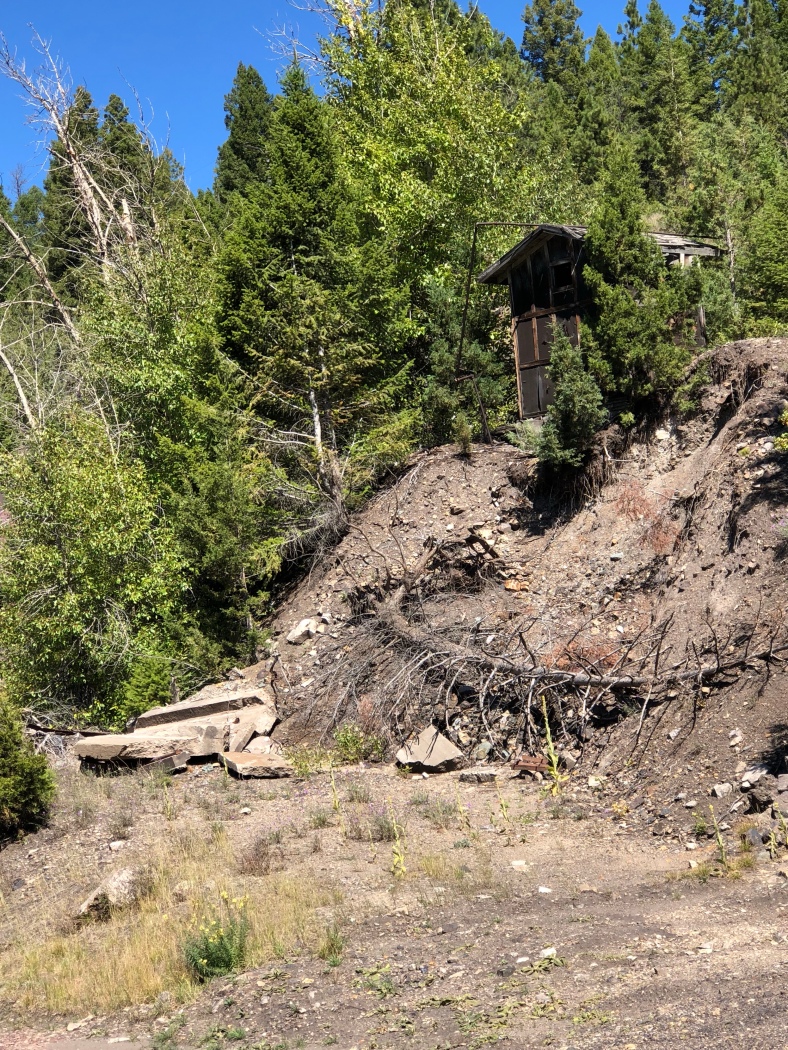 We began by driving through the ruins of mills left overs from the heyday of mining. This particular site stood proudly until arson caused it’s demise several years ago.

We passed through Tower, not quite a ghost town there is at least one resident; then worked our way high above the Flint Creek Valley to Stewart Lake. Three float tubes and two kayaks with fishermen aboard were on the lake. And of course the Lily Pads were thriving.

After doing a loop that dropped down into the head of Wyman Gulch we took a break on the top of Stewart Ridge. A breathtaking view of the Upper Flint Creek Valley and the Pintlar Range far to the South. From here we took a steep washed out trail down off the ridge to Stewart Lake road and back to Philipsburg.

Took a little side trail and came upon this old car in a gully. Interesting, I would love to hear its story.

This site uses Akismet to reduce spam. Learn how your comment data is processed.